A Brief Timeline of How Air Conditioning Came To Be 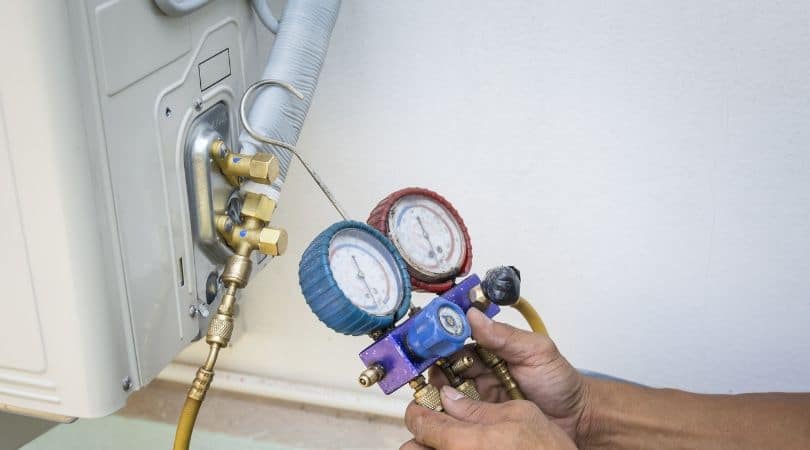 Most Edmonton homeowners are familiar with the air-conditioning manufacturer Carrier, named after the basic founding father of the A/C, Willis Carrier. In 1902 Carrier developed the first electrical air cooling unit that used coils cooled by water to limit the humidity and damage to the paper in the printing plant where he worked.

Many of us come home after a hot day in the sun and turn on our air conditioning units like it’s no big thing – nor should it be. Although we’re not sure how the system works, we know that when we hit the ‘on’ switch and turn the temperature down it won’t be long until we’re cooled off.

Of course, it wasn’t always like that. Air conditioning has changed the ways we live whether it be enjoying our leather recliner without sticking to making our jobs bearable. You don’t always have to keep your air-conditioner in your nightly thoughts and meditations, but it is important at least to reflect a little bit about how air conditioning changed the world as we know it.  Following is an air conditioning timeline…

It may sound hard to believe, but there were forms of air conditioning even before electricity was available on a house to house basis. The U.S. Navy invented a cooling machine in 1881 that would become the foundation for the modern air-conditioner. It was an obtuse and complex machine derived to ease the pain of President James Garfield, who was suffering from a gunshot. The machine used ice to keep the air cool, and it was reported to use ½ a million pounds of ice in just two months.

In the 1900’s, electricity started to become readily available on a house-to-house basis, leading to the development and popularity of oscillating ceiling fans. Ceiling fans pushed air around in a room and kept the air significantly cooler than before. Homeowners used the same motor and design for the next 30 years.

Most Edmonton homeowners are familiar with the air-conditioning manufacturer Carrier, named after the basic founding father of the A/C, Willis Carrier. In 1902 Carrier developed the first electrical air cooling unit that used coils cooled by water to limit the humidity and damage to the paper in the printing plant where he worked. The convenience to people was almost a corollary benefit as the first A/C was developed strictly for industry.

Once again leading the charge in air-conditioner revolution was Willis Carrier. In the 1920’s, Carrier developed the central compressor, which reduced the size of the massive a/c and made it available for public use. The first air conditioner designed to give convenience to people debuted in 1925 at a theater in Times Square New York. The unveiling occurred on Memorial Day weekend in that year, and the theater used the blistering heat to its advantage, turning the refrigerated air into a selling point and implementing it in advertising. Other theaters around the U.S soon followed suit and in a strange way, air-conditioners helped to usher in the golden age of cinema as people flocked to the movies to stay cool.

Expanding From the Theater

It’s hard to argue that people are more comfortable and satisfied when they aren’t sweltering away in the heat. The success of citizens rushing to the movies led to department stores to install refrigerated air units so that their customers were less edgy and more comfortable while shopping. That extended to offices where a cool employee is more productive and rail cars, which could drum up business by offering a soothing and relaxing ride.

Much of the key to the expansion and popularity of air-conditioners had to do with the commercial sect, but the common man was still years away from having a cool home. The gap from commercial to residential use shortened in 1931 when two inventors found a way to make the A/C even smaller. In addition, they tweaked the design so that it could fit in a window sill, thus becoming the first window a/c. The design went up for sale to the public in 1932 but not without a price, costing up to $50,000 which would be around $600,000 in today’s currency. As it stood people cold either own nice luxury cars or have a cooled down house.

In 1939, the unveiling of something people can’t live without today came into fruition – the car air conditioner. Of course, there were no digital readouts on dashes to adjust the temperature back then. Instead, when a passenger got too chilly, the driver would stop the car, pop the hood, and disconnect the compressor belt.

Finally, a Regular in Homes

It wasn’t until about 20 years after the invention of the first window sill air-conditioning that it really became a common appliance in most households. In 1953 American shoppers bought up 1 million air-conditioning units, due largely in part to more disposable income thanks to the end of World War II.

The central air system that most people are accustomed to today was developed in the 1970’s. This technology involves using coils to make the air cooler and a fan to deliver this cold air through the duct work and out the vents of multiple rooms in the home. Central air is the de facto air conditioning choice in new homes with even older dwellings opting to retrofit to take advantage of the central air convenience.

The next time a warm and muggy day has you at wits end, just remember it could’ve been worse.